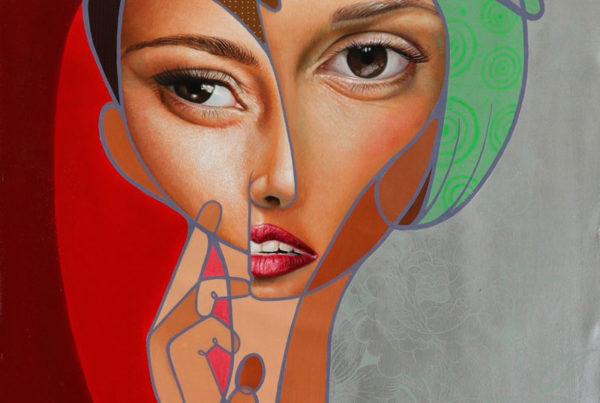 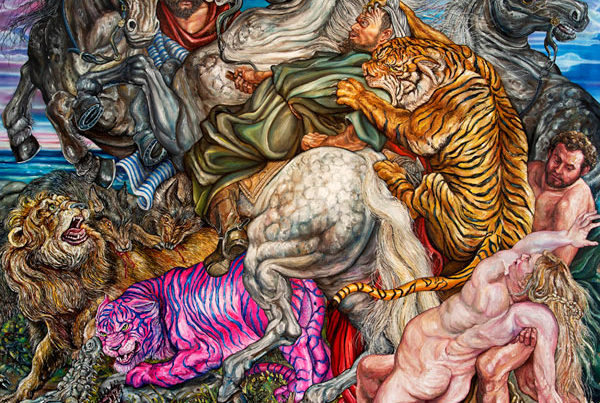 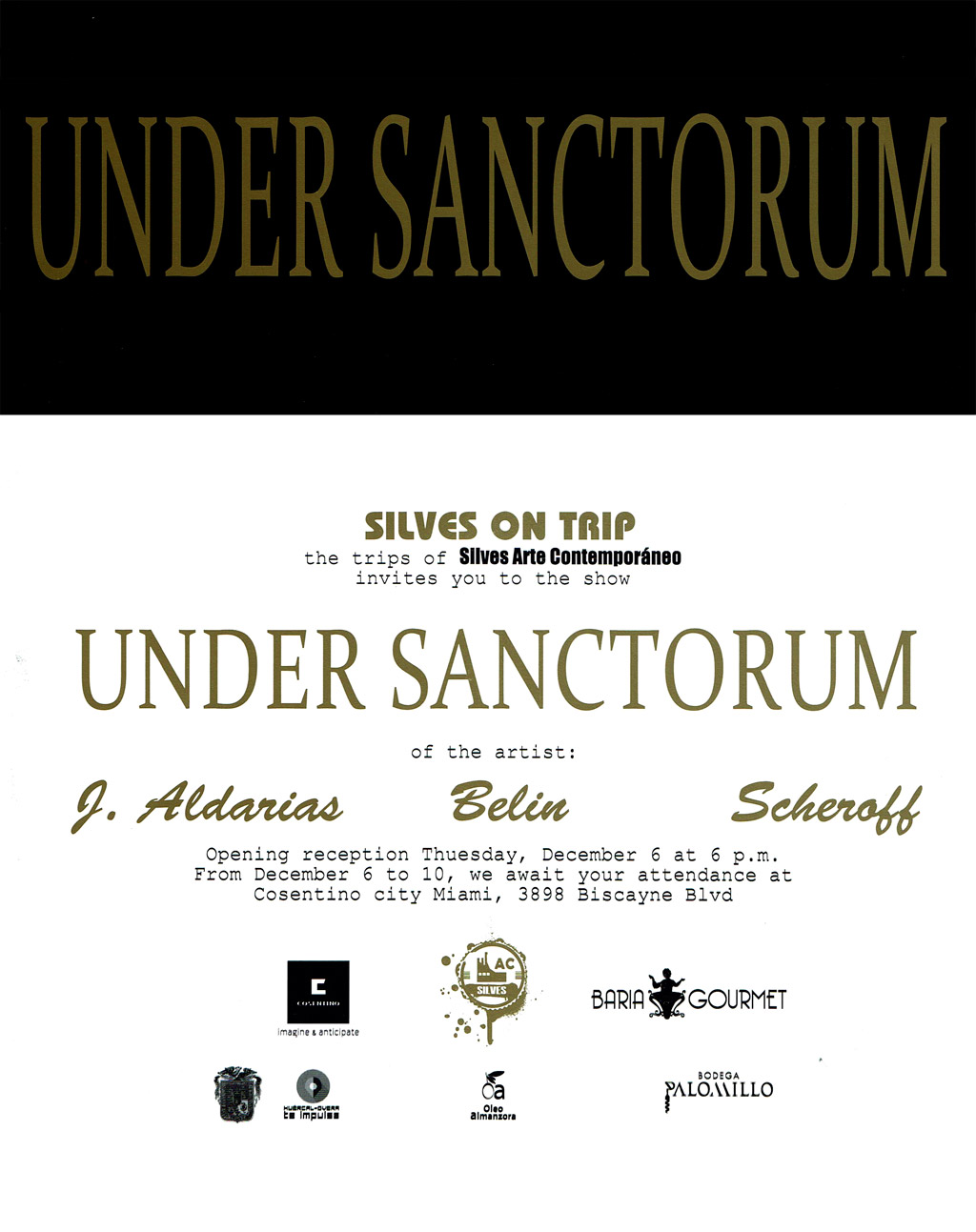 The presentation of works of art implies a double process at present, on the other hand, the piece interacts with the scene, which is presented before it, and the viewer who observes it in that situation. Furthermore the work of art as an individual object dialogues directly with the public under its own meaning.

Based on the interaction between the work, the audience and the stage in which it is presented, the project, Under Sanctorum, emerges.

What we offer is an individualistic vision of the art of Javier Aldarias, Belin and Miguel Scheroff. Join these three minds to create a whole, working with space, volume and their works. Perceive the reflection with great splendor and meaning.

The general idea of ​​the artist as a solitary genius is part of the Italian Renaissance. We seek a synergy between the past transferred to the present and starting from this idea, we conceive the space as a place of worship where we can contemplate these pieces.

Like Michelangelo Buonarroti, the walls and the stone-filled spaces of the Cosentino City Miami speak to us, to translate that Renaissance idea of ​​splendor into contemporaneity.

From three different stylistic languages, we express the ideals of beauty that these artists seek to represent.

Javier Aldarias shows us a paradise empty in feelings, where the image we project to society is everything. Leaving the real «I» isolated from its own reality before the luxurious shine.

Belin’s work is an exaltation of everything sacred around him, family, friends, his genesis his roots and his home. In the meticulousness of his works was born the right to freedom and hope that houses humanity.

Miguel Scheroff seeks the beautiful in the wild, in the violent. It is an ode, of the relationship between the human being and nature. A final claim of hope for humanity, which has broken its links with the original environment.

It is the spaces of worship that allow us to meditate and reach our own conclusions. Perhaps it is the religious cultural daily life that is so deeply rooted in the south of Spain, the reason why these artists from Jaén seek the redemption of the human being at the stroke of Art under their own beliefs.